As for the genus, by monotypy. 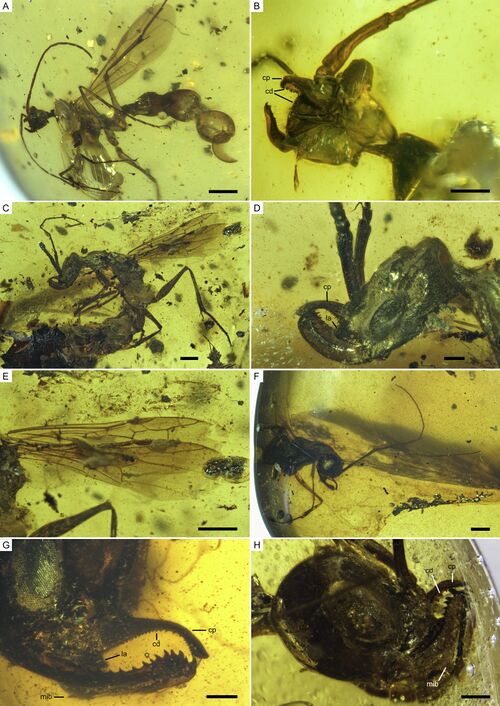 Originating from amber mines located near Noije Bum Village, Tanai Town, Myitkina District of Kachin State, northern Myanmar. A radiometric dating of zircons from the amber-bearing bed gave a maximum age of 98.79 ± 0.62 Ma (Shi et al., 2012), thus corresponding to the latest Albiane-earliest Cenomanian (mid-Cretaceous), which may not be very different from the age of the amber itself (Smith and Ross, 2018; Yu et al., 2019).

Wing venation as in Dhagnathos except, in fore wing, the pterostigma 3 x as long as broad, cross-vein Rs∙f1 not arched, short stub of 1r-rs tubular, M∙f2 extremely short (1m-cu almost arising at level of Rs∙f2). Hind wing with 11 distal hamuli present, jugal lobe not visible, but lobe may be lost due to damage.

The specific epithet derives from insolitus (Latin, meaning ‘strange’), and refers to the unusual accommodation of the mandibles within the clypeus.