Stefan Cover reports (personal communication) that “portalensis is an inhabitant of rock walls, where it nests in cracks, in elevations from 1100 to 1800 m. Colonies consist of several hundred ants or more. Minors forage singly on the rock faces, and recruit regularly to good food sources. Baiting is the only reliable way to locate colonies.” (Wilson 2003)

Known from the mountains of southern Arizona, from the Santa Catalinas in the north to the Pajaritos in the west and east to the type locality. (Wilson 2003)

COLOR Major: body and appendages light reddish brown except for gaster, which is plain medium brown. 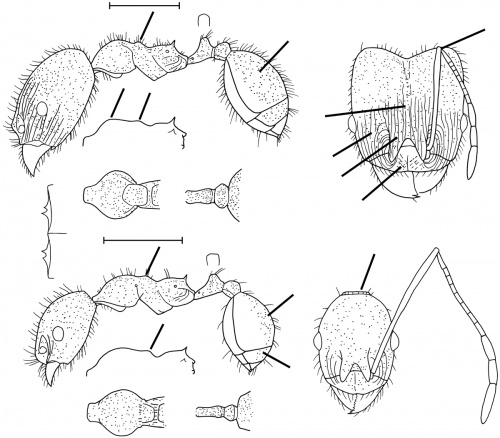 Referring to the type locality.