This species is only known from type specimens. Nothing is known about its biology.

A medium-sized, brown member of the flavens group with contrasting yellow legs. Very similar to Pheidole euryscopa , which occurs at the same locality, and especially in its large, forward-placed eye and curved, backward-directed propodeal spines, but differing in the major in important details of pronotal form and sculpturing, extent of smooth area at and forward of the occiput, and in color. 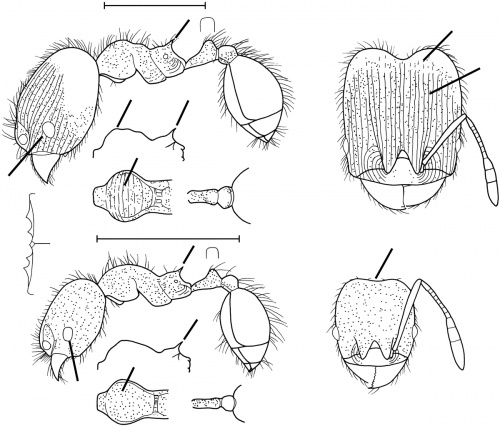