Beyond habitat associations for two specimens (rainforest, wet forest) nothing is known about the biology of Probolomyrmex maryatiae. 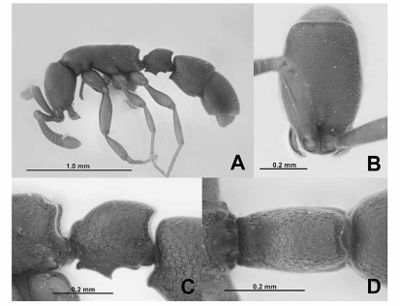