Nothing is known about the biology of bureni.

Only known from the type locality in Texas.

A member of the crassicornis group distinguished by the following combination of traits.

Minor: all of body foveolate and opaque except gaster, which is smooth and shiny; carinulae mesad to eyes extend to occiput.

COLOR Major: bicolorous, with all of body reddish yellow except gaster, which is medium to dark reddish brown. 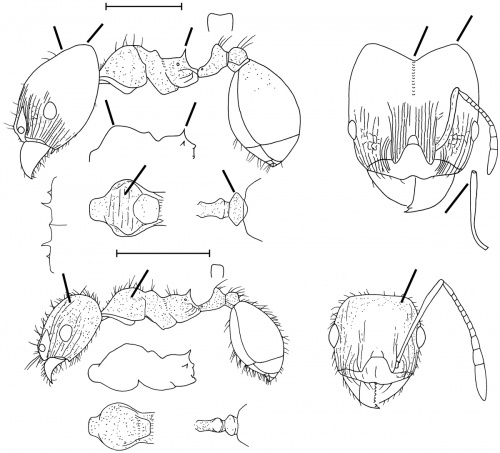