Thirty-five colonies (228-3999 workers) of Monomorium algiricum were excavated at different times of the year (Peeters & Tinaut 2014). New sexuals (ergatoid queens and males) were found during a short period at the end of summer. Dissection of spermathecae in 331 queens revealed that new gynes mate soon after emergence. Ovarian activity was assessed to distinguish between "old" and newly mated queens. Both monogynous and polygynous colonies were found throughout the year; queens in the latter were less fecund. Sexuals were not produced in some polygynous colonies. The life history of M. algiricum is complex due to interactions between extreme seasonality (no foraging and no egg-laying during six months of the year), coexistence between "old" and newly mated ergatoid queens, and the irregularity inherent to colony fission. 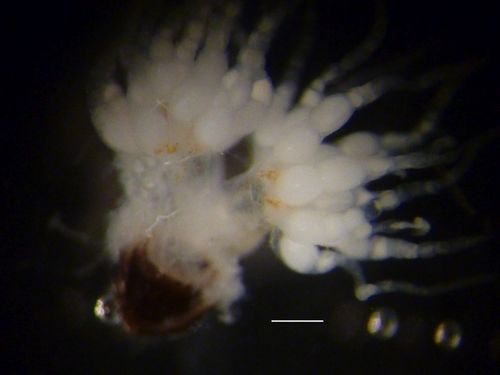 Queen ovaries in a monogynous colony of M. algiricum. Photo by Alberto Tinaut

Queens are ergatoid and markedly bigger than workers. Due to lack of wing muscles, the thorax of ergatoid queens is worker-like with a decreased volume and pronounced fusion of flight sclerites. Queens of M. algiricum have 28-40 ovarioles (Peeters & Tinaut 2014). Monomorium workers lack ovaries. 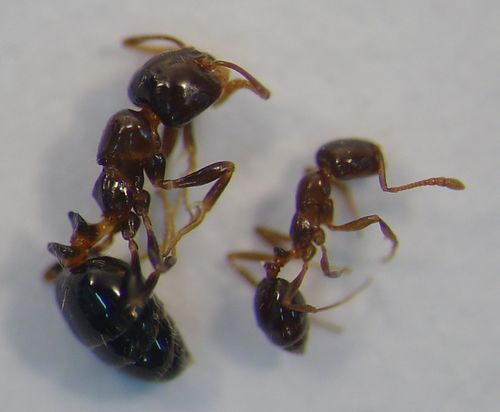 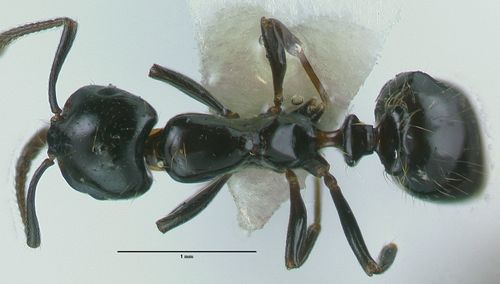 Ergatoid queen of M. algiricum (posterior segments of gaster missing due to dissection of ovaries). Photo by Alberto Tinaut 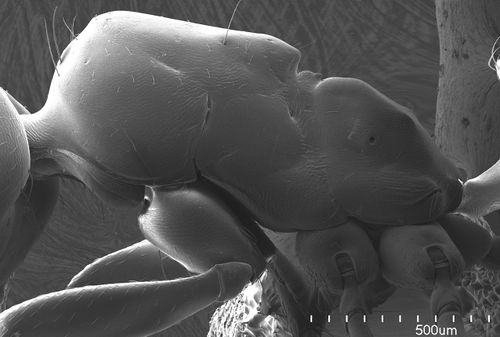