We exclude Tetramorium tonganum from the currently known Indian Tetramorium fauna. However, since the species is very widespread in tropical Asia and already recorded from Sri Lanka, it is possible that it occurs in the humid, tropical regions of India but has not been collected yet. Moreover, there is a possibility of human-mediated introduction of the species into India in the future. Consequently, in order to facilitate future identifications, we include it in the species key below. 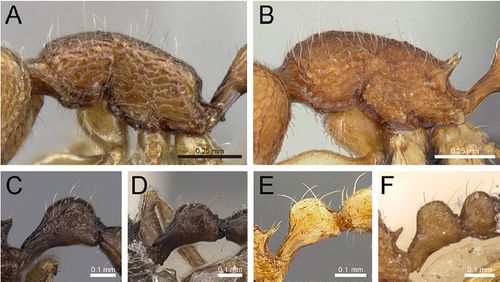