This worker key is based on: Trager, J. C. 1988a. A revision of Conomyrma (Hymenoptera: Formicidae) from the southeastern United States, especially Florida, with keys to the species. Florida Entomologist. 71:11-29.

Please be aware this genus in the Nearctic is fraught with problems in delimiting and determining species. There is also a Key to the Nearctic Dorymyrmex (Snelling 1995). 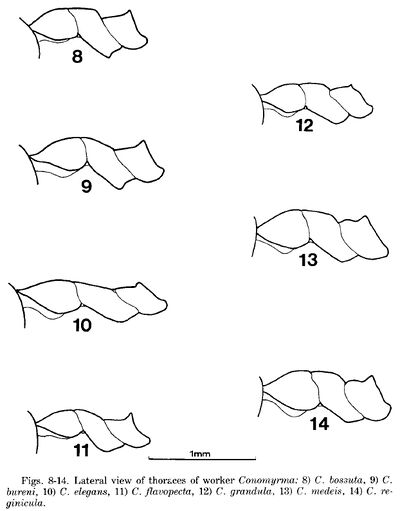