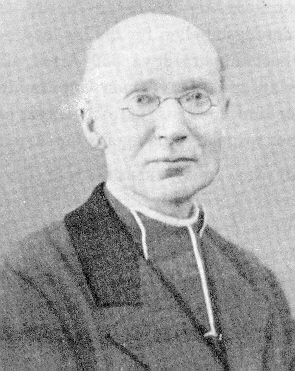 Jean-Jacques Kieffer (1857 Guinkirchen–1925 Bitche) was a French naturalist and entomologist who specialised in in the study of parasitic insects.Educated as a priest, Kieffer taught natural science in Bitche, Lorraine while working on the description and classification of insects. His work and publications later became a predominant source of description and classification for entomologists in the early 20th century, in particular with regard to parasitoid wasps, midges and mosquitos.

Kieffer received an honorary Doctor honoris causa degree from the University of Strasbourg in 1904.

Kieffer's church did not allow him to keep a collection, so many specimens were discarded after description. Extant collections of Hymenoptera are known in MNHN. Keiffer bequeathed the remainder of his collection (in a bad state of preservation) to H. Nomine. Some types are in BMNH, others in HNHM.