Nothing is known about the biology of pelor.

Known only from the type locality, and two other localities in central Texas (Pedemales State Park, Blanco Co. and Junction, Kimble Co.). At the Brackenridge Field Laboratory in Austin, it occurs with the similar species Pheidole lamia. (Wilson 2003)

DIAGNOSIS A typical member of the lamia group: the major has a phragmotic head, with the anterior portion incorporating the c1ypeus and mandibles flattened (truncated), and deep antennal scrobes. This species is easily distinguished from the other members of the lamia group (Pheidole colobopsis, Pheidole lamia, Pheidole truncula) by the rugoreticulate posterior dorsum of the head, preceded by parallel longitudinal carinulae that extend to all the surface of the frontal lobes, and by the irregularly rugose sculpturing of the central part of the c1ypeus. 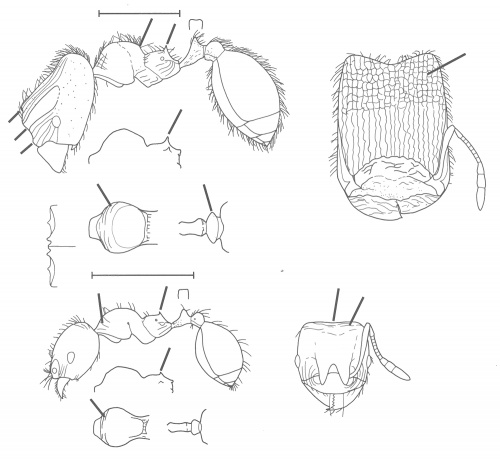