This species is only known from the type series. It was collected from beneath a rock in a montane cultivated field. (Wilson 2003)

A small, yellow member of the flavens group distinguished in the major by prominently projecting frontal lobes seen in side view, shallow antennal scrobes, somewhat elongate head, conulate postpetiolar nodes, and rugoreticulae at the ends of the scrobes and on the humeri. 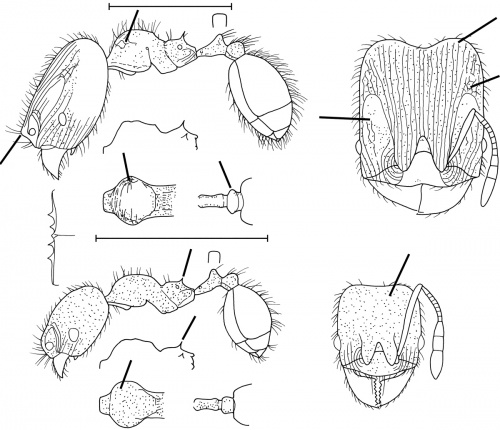 Named after the place of origin.